A polytypical species. The distribution area of the nominate subspecies tarda (Linné, 1758) includes the Iberian Peninsula, Morocco, Turkey and stretches from Central and Southeast Europe to Central Siberia, the upper catchment area of the River Irtis. Habitat loss caused by intensifying agricultural practices as well as hunting gradually decimated and fragmented the Western Palearctic population throughout the first half of the 20th century. As of today, significant but largely isolated populations persist on the Russian Plain, the Iberian Peninsula, in Turkey and the Carpathian Basin. According to the results of genetic testing, the North African (Moroccan) and Iberian populations differ both from each other and from the remaining fragments in other parts of Europe.

Based on the latest estimates from 2014, the global population numbers roughly 44,000 – 57,000 individuals, 65-70% of which is found within the European Union (the share of Spain reaching 60%). The majority of the western Palearctic populations are in decline while positive trends can be detected in Hungary, Austria, Germany and the United Kingdom - the last two countries having invested a lot in reintroduction programmes. The Spanish population is stable. The population within the Carpathian Basin consists of about 2,000 individuals, 1,400-1,600 of which lives within Hungary.

A distribution map from the species subpage hosted by BirdLife Hungary (in Hungarian) (2018). 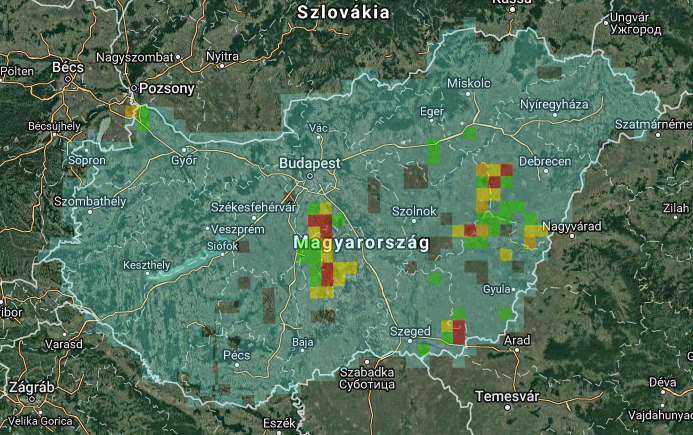